The Occasion “Creating Memories” that happened on October the 8th was a FANTASTIC event. The feedback was great. You find out just how good people said it was here Harry Potter and the Prisoner of Azkaban movies

as well as some of the peoples notes and powerpoints from workshops.

The feedback forms were great with 96% of the 115 people who completed a form saying they would recommend The Occasion to a friend and the other 4% was a maybe.
Lunch was at a local Chinese restaurant and all in all it was an occasion to be remembered. (excuse the double pun) Lori also put up a toilet at the top of the stairs for people to graffeti with the names of the youth groups they had been involved with over the years.

Bookmark the website www.tyws.org.uk if you are in the south west so you don’t miss out on the next one!

I was watching the Transformed programme last night. The programme wasn’t all that great but I tend to watch a lot of reality TV when teenagers are in it. SURPRISE NEWS was that a key resource they used to get the young people to talk about their feelings was The Blob Tree, that Pip Wilson devised and was published in Off the the Beaten Track. The blobs are a great resource and so I guess I shouldn’t be surprised. I have also found out Pip has just produced a new blob resource.

Lori has reworked another parable for the FaSt game. The Bling of great price.
The%20bling%20of%20great%20price.doc

I have posted a role play that is great and I use loads. It explores the early church well, and enables people to see the differences in the new testament churches.
Base%20Christian%20role%20play.doc

As the FaSt game is back up and around I thought I would start writing some more parables for people to use. Here’s the first, hopefully they will appear on a fairly regular basis.

Sarah had always had it easy, her father earned money, pots of money. He was well known through out the town for the many lucrative businesses he owned. He had several houses in this country and abroad, and the house he lived in with his family was more a mansion than a house. They had expensive cars, wore expensive clothes and had a great life. So when it came to throwing a party for Sarahâ€™s twenty first they werenâ€™t going to skimp on anything. They started looking for a venue big enough to hold what would be the party of the year. They would invite Sarahâ€™s friends from the private school she attended, her fatherâ€™s business acquaintances her motherâ€™s friends, the â€˜ladies who lunchâ€™, and all the great and good of the community.

After much searching they found the only venue big enough for such a party, was the local football ground. They arranged to put Marqueeâ€™s up on the pitch, and booked the countryâ€™s top caterers. They sent out invites, on the highest quality handmade paper, each individually printed in gold ink. Everyone knew this was going to be a party to remember.

After weeks of preparation the day of the party finally arrived, the family dressed up in their finest clothes and got into the limousine that was taking them to the football ground. They arrived early to welcome all their guests.

When they got there, what a sight beheld them, the tables were laden with a vast array of food. There was the best food from the Far East; Cantonese, Chinese, sushi. Top Indian chefs had provided a decadent display of dishes. There were the most exquisite European dishes and even burger and chips! Whatever food you fancied it was there.

It was soon eight oâ€™clock when the guests were due to arrive and the family stood waiting to greet their guests. But eight oâ€™clock came and went, then eight thirty and still no guests. Sarah and her family couldnâ€™t understand why no one had arrived. Theyâ€™d had a few apologies from guests who had other commitments. Some had business meetings to attend, some were going shopping in New York, and some were just too busy to fit the party into their already tight schedules.

They started to wonder whether their friends were not arriving because they were over awed by such a party and thatâ€™s why they hadnâ€™t come. They even began to worry if it was because the football ground backed on to the local estate, they were afraid to park their Mercs and Beamers on the streetâ€™.

Could everyone have other things to do? Did everyone have some excuse? What had they done to offend people? They hadnâ€™t been boasting about the party, they just wanted to celebrate the happy occasion with all their friends and family.

Two hours went by and still no one had turned up. The family were disappointed and the father was thinking about how all the food was going to waste but it smelt and looked wonderful, his mouth watered and his belly rumbled. Then he thought if all our friends, and business acquaintances, and ladies who lunch and all the great and the good of the community wonâ€™t come, then I will go and find people who will.

He left the football ground and the first people he saw was a bunch of lads from the local estate. One was even sitting on top of a phone box sniffing the air, where the tantalising smell of food was wafting. They were talking about what was happening at the football ground and as the father approached the lads looked over at him with curiosity. The father plucked up the courage, cleared his throat and addressed the lad sitting on top of the phone box.

â€˜Weâ€™ve got bucket loads of that in thereâ€™ the father gestured back at the football ground. He asked the other lads what their favourite food was, they each said something different. The father told them there was food and drink enough for everyone at the football ground, to go out and grab their mums and dads and all their friends off the estate. To tell them they were all invited to a party.

People piled in, they werenâ€™t what Sarah expected but the evening was a great success. The band struck up, the people were jubilant, Sarah made friends with people sheâ€™d never spoken to in her life. Her mother had more fun than at a thousand lunches with her friends and the father surveyed the scene with a smile on his face, this truly was the greatest party ever.
The%20Party.doc

If you have heard about the FaSt game because of Greenbelt and are looking for info, you can find the poster lower down under the blog for the 16th Feb and the review by clicking on the links on the right. Moulin Rouge! divx

I have uploaded the flyer for the FaSt game, which are selling quite quickly so if you’re interested get in touch soon. I have also upload the poster for The Occassion.

I have finally found a new supplier for the FaSt game. In case you you don’t know what it is. The FaSt game has been called many things over the years, A non book version of church, Church as a board game, a discipleship tool, the alternative to alt worship. Having sold out a while back I have had a number of people request copies but in my usual disorganised style, never kept a record. So if you want a copy, and you want to try and do Church in a whole new way with young people get in touch soon because I am sure we will run out fast again. The price for the new run will be Â£32 + p&p. If you want to know about the faSt game then there is a link on the right hand side or below which has info and a review.

For those of you who are working to the detached strategy and have reached relational expressions of church and want to explore this with your young people then the FaSt game would be an ideal resource. If you are experimenting with new forms of church and want to try something completly out of the box, we have been using the FaSt game for church at home for some time now and find it works really well in informal settings. Other people have taken the game into prisons, youth groups, drop in, and on buses. I currently have 20 units available but have a deal with the supplier so I can take advance orders as well if they run out too quickly.
FaSt.doc

This weekend I plan on embarking on a journey of epic proportions, via B and Q. I was prompted to make this journey when Bethany came home with a note to bring in a special book to school for her RE lesson next week. My plan (please note I have not convinced the children or Lori of the idea yet) is to write our Bible scroll. Hence the need for the trip to B and Q for a roll of wallpaper. My hope is that as we write and draw the journey of the Bible it will resonate (although the kids might not use that word) with our journey. However do we include it all, should I leave out some bits? The bibles the children have all are selective, but in some ways it is the boring bits like the genealogies that will most easy for the kids to make links to our journeys. Do we write the psalms, and come up with our own wise sayings, at the moment for Jo that may well be buy the orange properties when playing Monopoly. Ah the wisdom of youth!
Meet%20them%20where%20theyre%20at%202.ppt

I ran this session at a group in Bristol recently as was surprised it went down so well. It was quite risky as I didn’t know the group well. Hearing God in the world.doc

I am off to do a session at the Youthwork conference tomorrow and came across the following image. It has been a fairly mixed up process in preping for the conference and still unsure how I feel so thought the image quite apt. 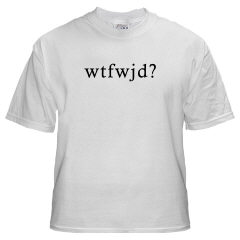 Church on the edge Papers and Presentation